The key factors to consider for power solutions on the railways 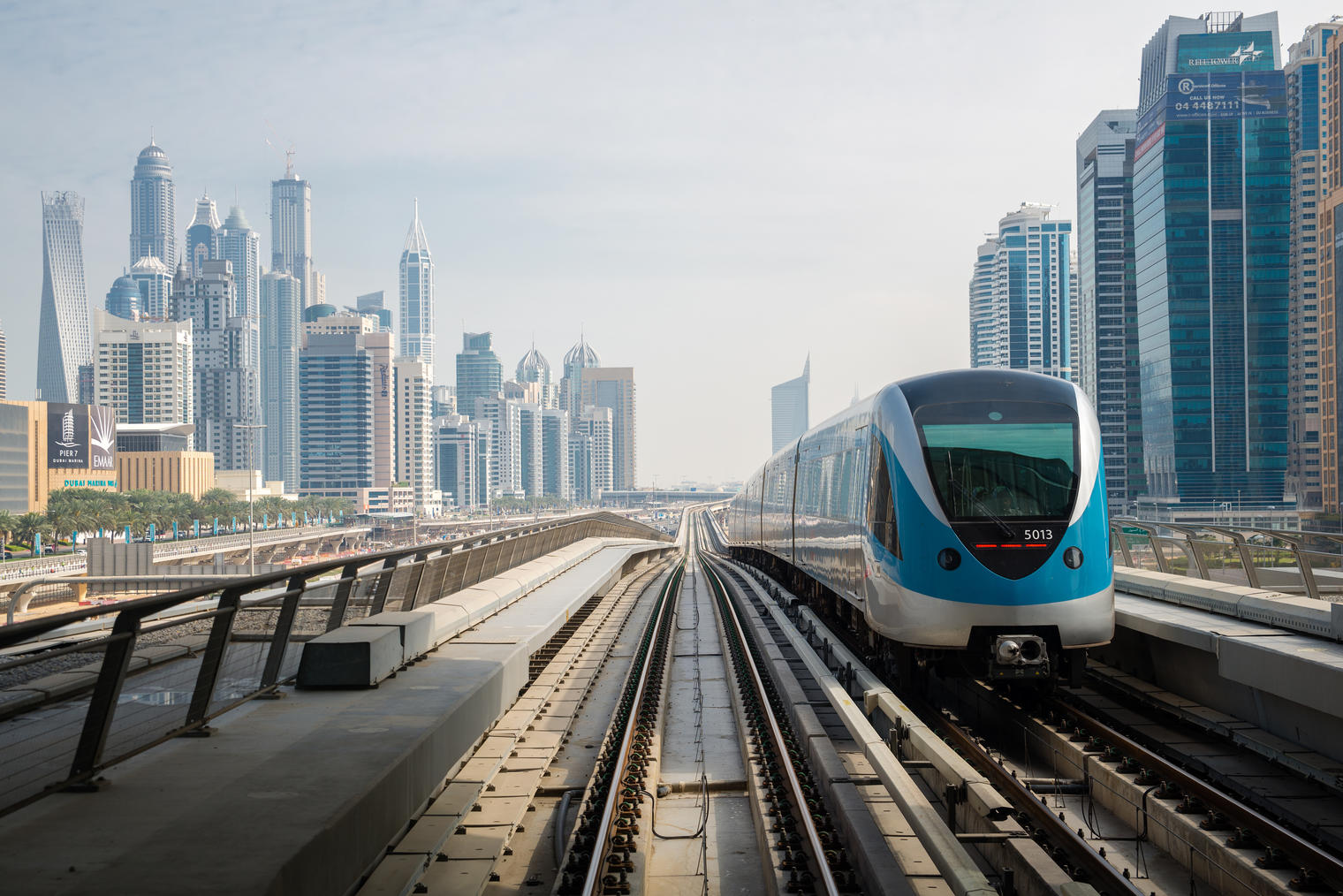 China is the largest national market for railway technology, estimated at some EUR 33 billion annually, according to specialist transportation research company, SCI Verkehr GmbH (www.sci.de). However, while China has grabbed many headlines for the extensive roll-out of railways and, in particular, high-speed networks, the national market is in decline with the OEM market expected to decline by 5% each year for the next five years.

In Western Europe, the story is somewhat different with a strong market estimated at EUR 45.6 billion, showing growth of 3.8% (CAGR). Eastern Europe is smaller at EUR 11.2 billion, with slightly stronger growth (4.3% CAGR). Germany is the largest market in Western Europe, representing almost a quarter of the total market at EUR 11 billion, and recognised as one of the top 5 markets along with China, USA, Russia and France.

While deployment of more infrastructure and rolling stock is a key driver to the growth in the railway market, the inclusion of increased levels of technology is having an impact in driving up market value.

Modern consumers have high expectations and railway operators are deploying ever more technology to meet these desires. Modern rolling stock will almost always include sophisticated passenger information systems (visual and audio) to keep passengers informed about their journey as well as sophisticated lighting and air conditioning / ventilation to maintain a comfortable compartment. Reliable Wi-Fi used to be a luxury and is now expected. Similar to aircraft, some rolling stock offers seat back screens with on-demand entertainment, providing entertainment for passengers and a revenue stream for operators.

However, the technology is not just for passengers. Modern rolling stock incorporates multiple sensors measuring important parameters such as lateral vibration of the carriage and bearing temperature – useful for planning routine maintenance. Much of the data collected from sensors is transmitted in real-time to trackside receivers as well as being collected in an aircraft-style black box which can provide useful data to operators and essential clues to investigators in the event of an incident.

Stand alone, all of this technology represents a significant step forward for the railways. However, Train Control and Management Systems (TCMS) allow all of the sensing and functionality to be networked, providing even greater sophistication as well as redundancy and compliance with safety integration levels (SIL) ensuring fail-safe operation.

Networking systems such as TCMS are generally modular in nature, comprising multiple cards which allow them to be configured to the exact needs of the application. This modularity leads to the use of telecom-style distributed power architectures (DPA) based upon power modules to provide the power to each card. Similarly, power modules are used for other technology throughout the rolling stock, often placed beneath seats or in cabinets in corridors.

Railways are not a friendly environment for technology and rugged devices must be used to ensure that premature failure does not occur. In order to ensure that devices to be used on railways are suitable, a large number of standards were created. In the past, these were developed at the national level, especially in countries such as Germany (VDE), France (NFF), UK (RIA) and Italy (ST). While there was a good level of commonality, there were also notable differences which led to challenges, especially as rolling stock crossed borders.

There has been a major effort to harmonise these standards at a European level and a number of standards are now in common use. The most well-known is EN 50155 “Railways Applications Electronic Equipment Used on Rolling Stock” although this references over 25 other EN and IEC standards on related matters.

As with many standards of this type, EN 50155 is intended to address the requirements for all types of electronic devices that are used in railway rolling stock (the requirements for trackside applications are somewhat less onerous and covered by other requirements). However, the primary considerations for power modules (including DC-DC converters) fall into these categories:

The input voltage requirements are specified in EN 50155 and are designed to address the wide fluctuations of the power sources typically found in railway applications as well as the presence of spikes and other disturbances to the supply.

When the equipment is powered directly from a battery without any form of regulation then correct operation is required with voltages ranging from 70% to 125% of the nominal input voltage (VN). Furthermore, dropouts as low as 60% of VN for 100 ms and surge overvoltages up to 140% of VN for one second, a common occurrence while equipment is powering up. 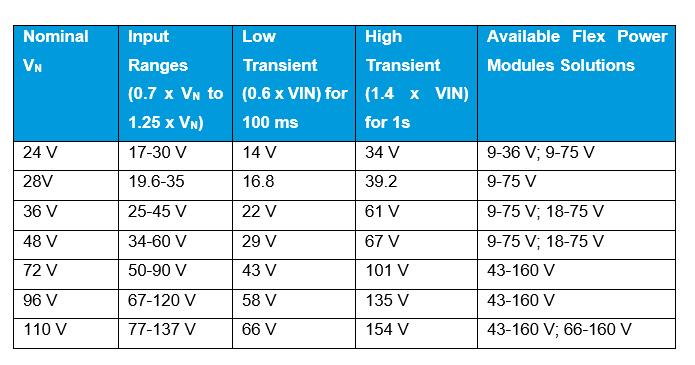 The most common DC voltages used for on-board electronics on Railways world-wide, and therefore for consideration mostly herein are 24 V, 72 V and 110 V.

The standard also requires 50 ms transients up to 1,800 V to be addressed. This is most commonly achieved with a transient voltage suppressor (TVS) with the capability to suppress up to 1.5 J of energy. The TVS must be chosen to have a clamping voltage that is compatible with the DC-DC converter module.

While most national standards are harmonised with EN 50155, the UK RIA12 standard does differ from EN 50155 in one important aspect relating to surge protection. RIA12 requires equipment to withstand an overvoltage of 3.5 VN for up to 20 ms. This is outside the capabilities of a TVS and an active external circuit is required for protection against such fast transients and spikes.

In terms of electromagnetic compatibility, railways are a tough environment. The high voltages from the overhead cables is one potential source as are the on-board transformers and high-power motors. Passengers are also extensively using smartphones and laptops during their journeys, all of which are capable of emitting EMI.

EN 50155 addresses EMC requirements through references to EN 50121-3-2 “Railway applications – Electromagnetic compatibility – Rolling Stock – Apparatus” which defines limits for both electrical disturbances imposed on the electronic equipment, as well as limiting the emissions from it. Generally speaking, these requirements are met through the use of an external EMI filter. Proposals for EMI filters for DC/DC converters are typically given in the individual Technical Specifications, but of course system level tests must be performed on the end equipment as a whole to comply fully.

As well as the electrical noise, onboard railway applications are also physically tough environments for electronic systems. Vibration is constant while travelling which leads to mechanical fatigue and shocks up to 5G can be experienced, especially when passenger-less rolling stock is shunted.

EN 61373 “Rolling stock equipment – shock and vibration tests” specifically addresses mechanical requirements for electronic equipment (including power modules) used in railway applications. It recognises that the placement of the equipment over 7 defined locations (ranging from a “closed electrical operating area” to “outdoor highly dynamic locations” will lead to differing levels of mechanical stress and takes this into account in defining classes. Most often the equipment where power modules are used fall into Class 1B.

In railway applications, electronic equipment is often placed behind panels or in confined spaces under seats, which can lead to elevated temperatures for the modules to operate in. Similar to the physical requirements, operating temperatures are also segmented into six classes with differing requirements. 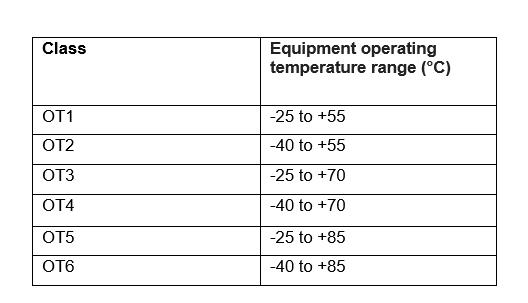 Unless specified otherwise, the requirements of category OT3 are usually applied, although having equipment inside enclosures often means for DC/DC converters an additional temperature rise of 15°C needs to be factored in, meaning operation up to 85°C is required.

The final key electrical requirement is isolation between input and output which is defined by EN 50155 according to the nominal input voltage. It should be noted that again the French requirements under NFF are somewhat more stringent, applying the highest level (1500 VAC / 50 Hz / 1min) to all input voltages.

Table 2: Isolation requirements in EN 50155 depend upon the nominal voltage

With markets such as railway where acceptability of power modules for use is heavily defined by standards, engineers can rely on manufacturers data sheets for evidence of compliance. However, these standards are subject to being updated periodically (such as the fairly significant update to EN 50155 in 2017 referenced herein) so engineers should ensure that devices are compliant with the latest version of the standard (and, in the case of EN 50155, all of the standards referenced by it).

Flex Power Modules offers a wide range of power modules suitable for use in on-board railway applications. Covering the power range 1.65 W to 300 W, several families of devices are available that offer compliance with EN 50155, ensuring their suitability for railway applications.

The broad product range includes both fully encapsulated and open frame solutions and offers a variety of configurations including single and dual output. The ultra-wide input ranges (9 V to 75 V and 43 V to 160 V) provide designers with flexibility as well as ensuring compliance with the input voltage requirements of EN 50155.

The recently introduced PKE-A series of DC-DC power modules includes the PKE7000A devices that occupy an industry standard 2” x 1” form factor. They offer a 43 V to 160 V input range, allowing them to be used with either 72 V or 110 V nominal rails, both of which are common in railway applications. Delivering power up to 30 W, the PKE7000A devices are EN 50155 compliant and offer MTBF figures up to 5 million hours, ensuring longevity even in demanding applications.