The miniaturization of PoL converters 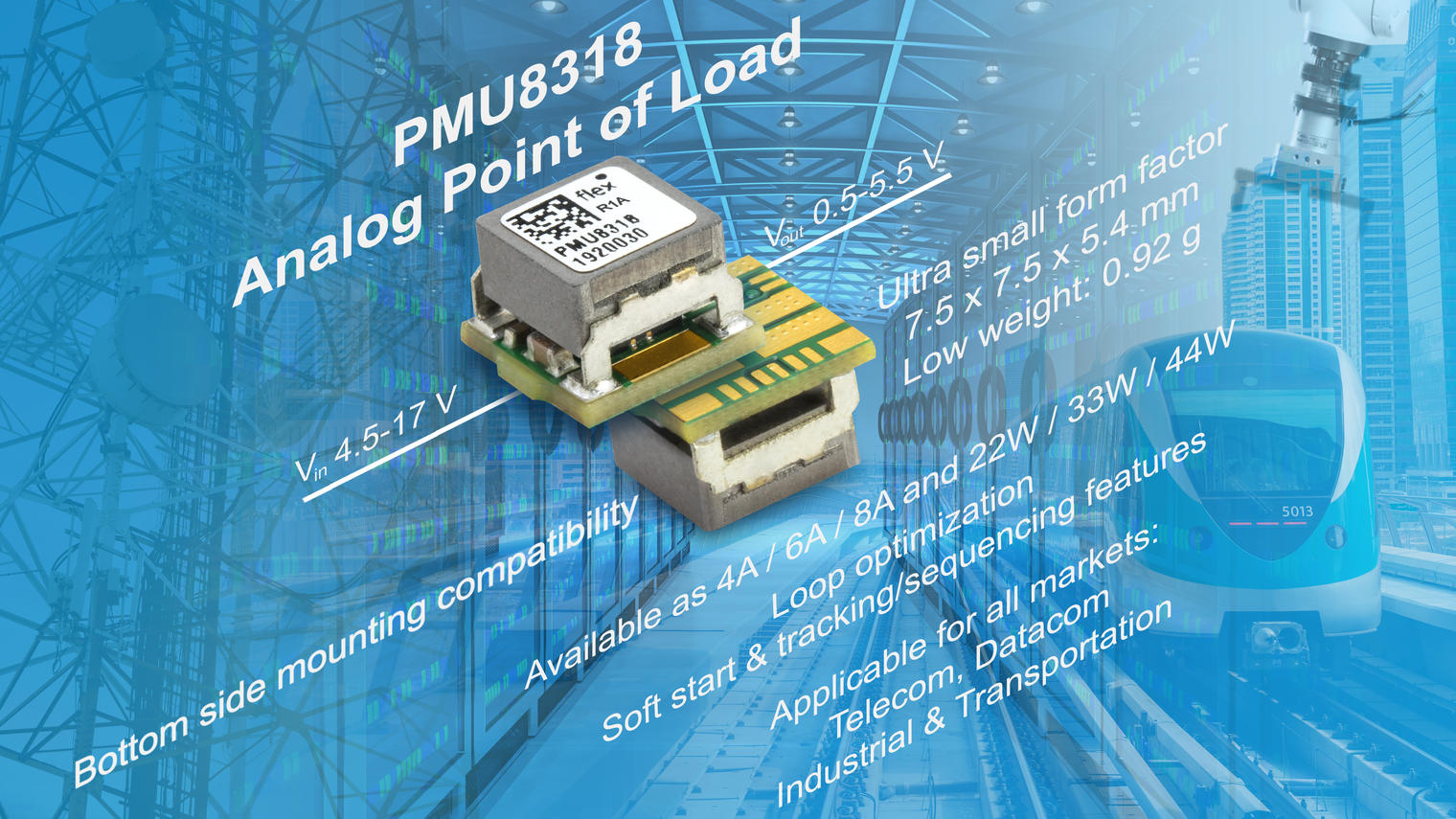 For many years, the electronics industry has been dominated by several key trends: increasing performance, reducing costs and achieving a dramatic reduction in physical size. It’s not just that your smartphone is now as powerful as the computers used on NASA’s Apollo 11 moon-shot; it’s arguably tens of thousands of times faster, with a million times more memory, and it also fits in your pocket.

But what does this miniaturization trend mean for power supply design?

For a start, power components need to be much smaller, as every square millimetre of PCB space is precious. More than this, the devices they are powering are getting more sophisticated and demanding, such as the latest high-density FPGAs and ASICs, which means the power supplies must be up to the job in terms of performance, efficiency and flexibility – even if they’re shrinking almost before our eyes.

These PoL converters, such as the recently announced PMU8318, now provide high efficiency and excellent performance, all in a tiny package – which saves valuable space compared to previous, larger PoL converters or individual isolated converters. Small PoL converters are often low-profile enough to be used on the bottom side of the PCB – saving more space, and increasing design flexibility.

As the converters are physically close to their loads, this minimizes DC/DC distribution losses and reduces stray inductances, thus enabling faster response to transients. Having multiple PoL converters also means it’s much easier to provide the different voltage supplies required that are typically needed by the various components on today’s PCBs.

One area that does require consideration is thermal performance. As the power components become smaller and more densely packed, their efficiency becomes ever more important, as does the physical transfer of heat. This is because power dissipation, and hence heat, must be kept to a minimum, to avoid temperature rises and potential unreliability, as well as the extra cost of removing any excess heat.

When choosing a PoL converter, it’s therefore important to read the datasheet thoroughly, and check all of the thermal performance data provided – which is typically given as a “derating curve,” showing how the maximum output of a converter depends on the ambient temperature.

To meet this demand for miniaturized PoL regulators, Flex Power Modules has a range of compact converters. For example, the recently announced PMU8318 series offers an excellent price/performance ratio in a compact, low-profile package, measuring just 7.5 x 7.5 x 5.4mm. Efficiency is high at typically 95.3%, and thermal performance is excellent not least because of the LGA design carrying heat down to the host PCB.

For industrial based applications, Flex Power Modules also recently announced the PNA series which operate over an input voltage range of 9-36 V, making it suitable for both 12 V and 24 V based applications such as process automation, robotics and industrial networking. The device delivers 6A at a programmable output voltage of 0.9-5.5 V in a package measuring just 13 x 12.35 x 6.2 mm, and is offered in an LGA based design which has been qualified for bottom side PCB mounting, freeing up even more space on the customer board.

For more on the latest range of PoL regulators available from Flex Power Modules, check out our Parametric Search on the website.