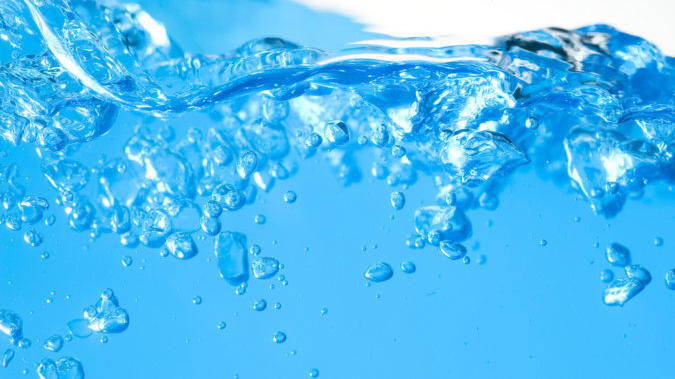 The scale of data processing worldwide is staggering, with estimates saying that it now consumes around 1% of global energy production [1]. This is fueled by ballooning internet use, the IoT and particularly bitcoin mining, which consumes nearly 150 terawatt-hours each year – more than Sweden does.

All that power is dissipated in server racks and in the AC/DC and DC/DC converters that provide power rails, and it has to be removed. Not only has consumption increased but power density has too – pressure to occupy less space is relentless to improve productivity, and that makes heat extraction doubly difficult. The current best solution is immersion cooling – submerging the electronics in liquid that carries heat away to a heat exchanger. The technique has been around for many years in demanding applications such as aerospace, but is now becoming attractive in applications that use commercial and industrial-grade components, such as in data centers, EV batteries and drivetrains and in the medical environment. There is a natural concern however about the compatibility of the available fluids with the materials used in mass-produced products such as DC/DC converters.

Immersion cooling follows typically one of two approaches: ‘single-phase’ where the liquid is circulated by a pump around the electronics and through a heat exchanger to extract the thermal energy, or ‘two-phase’ where the heat from electronics causes the fluid to effectively ‘boil’ and cool the hardware through the latent heat of evaporation as well as by conduction and convection. The vapor produced condenses on a heat exchanger and is returned to the pool of liquid. Choice of the liquid used is key, with specific properties required:

This last parameter is important because any liquid will have a higher dielectric constant than air and this directly and proportionally increases stray capacitances, which can increase electrical losses and even produce unstable operation of any electronics. For example, the dielectric constant of air is close to 1.0 and pure water is around 80. Water is quite a good candidate otherwise but if it turns a negligible 2pF stray capacitance into 160pF, there is likely to be some ill-effect in high-speed circuits. The relatively high freezing point of water is also a potential problem. Use of water is therefore restricted to heat exchangers where the fluid does not contact the electronics directly.

Suitable fluids have been developed that have more ideal characteristics, and amongst the common types available, they fall into two categories, based on hydrofluoroether (HFE) chemistry, branded as NovecTM by 3MTM and on perfluorocarbon (PFC) chemistry, branded as FluorinertTM by 3MTM. A summary of some main properties of two popular versions of the liquids is shown below.

Choice between the two liquids shown depends on the target cooling method; the higher boiling point of NovecTM 7100 allows single phase immersion cooling at higher temperatures with a low GWP, but applications where dielectric constant, resistivity or dielectric strength are critical might mandate the use of FluorinertTM FC72, but with precautions taken to avoid any possible vapor emissions due to its high GWP value. Both materials are promoted as being largely inert but the manufacturer recommends compatibility testing, particularly with NovecTM, which has a slightly higher solvency characteristic.

Flex Power Modules undertook to evaluate the two liquids described with advice and guidance from the liquid supplier 3MTM, with two Flex Power Modules products, the BMR490 and BMR491. Both are baseplate-cooled quarter-brick DC/DC converters; the BMR490 is rated at 1300 W with 48 V input and 12 V output and the BMR491 is similar but can deliver up to 2450 W peak. Test method ASTM G120-15 was used, which defines the ‘Standard Practice for Determination of Soluble Residual Contamination’.

The DC/DCs were immersed in flat flasks with a magnetic stirrer set to 75°C so that both liquids continuously boiled. The standard sets a test duration of less than a day, but Flex Power Modules let the test run for 49 days. During the test, the temperature was increased to 100°C for several hours to intensify the boiling effect and increase stress.

After the tests, the modules were checked for functionality, inspected, and no overall visual damage was evident. The performance of the silicon-based glue used to fix the transformer and output choke magnetic parts on the module to the PCB was of particular interest and mechanical pressure tests were conducted, to ascertain when the bonds failed. Results showed 402 newtons for the transformer and 144 newtons for the choke, far over the minimum acceptable, so it was concluded that the glue had not been adversely affected in any way.

The tests performed by Flex Power Modules using the chosen liquids demonstrated clearly that there are no compatibility issues between the module materials and the liquids, even over extended periods at high stress levels. Flex Power Modules is therefore able to say with confidence that their BMR490 and BMR491 modules can be used with NovecTM 7100 and FluorinertTM FC72 liquids in immersion cooling applications. It is expected that similar Flex Power Modules products and similar liquids will also be compatible if tested.