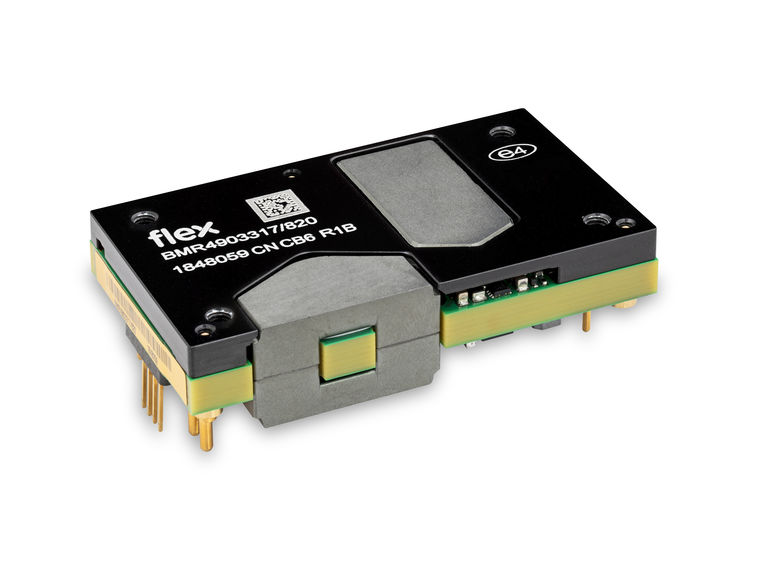 The BMR490 is the fifth generation of digitally controlled Advanced Bus Converters in a quarter-brick format. It delivers a Vout of 12V and has a Vin range from 40 to 60V which is typically used in a data center environment.

The BMR490 series has an operating temperature range from -40°C up to +125°C and has a mean time between failure (MTBF) of over 7 million hours.

The BMR490 is supported by our own Flex Power Designer tool.