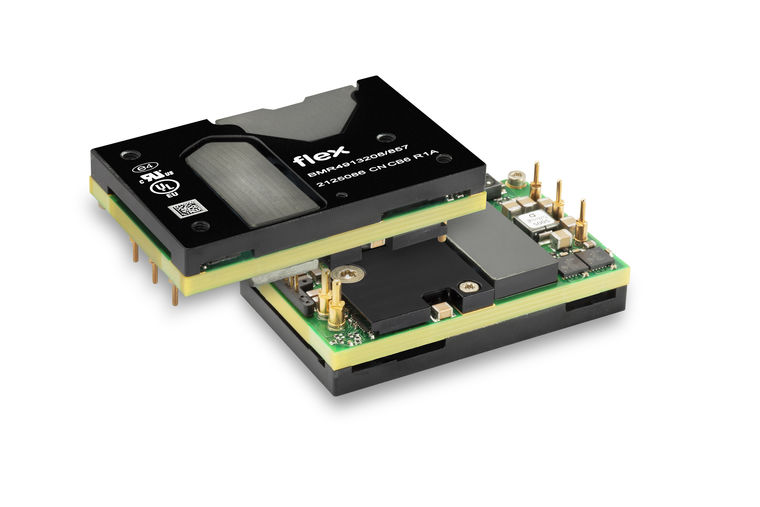 The BMR491 is the sixth generation of our digitally controlled Advanced Bus Converter packaged in a quarter-brick format. There are three versions, with input voltage ranges of 40 to 60V and 48 to 60 V, which meet the typical voltage requirements used in a data center environment. Each device delivers a nominal output voltage of 12 V.

The BMR491 series has an operating temperature range from -40°C up to +125°C and has a mean time between failure (MTBF) of over 7 million hours.

Standard features for the BMR491 include hybrid regulated ratio (HRR) for the 48-60 V input versions, active current sharing for the 40-60 V version enabling paralleling of up to 5 modules, output over voltage protection, output short-circuit protection, over temperature protection, and a digital interface using the PMBus® protocol using either the 4-pin or 7-pin industry standard.

The BMR491 is supported by our own Flex Power Designer tool.