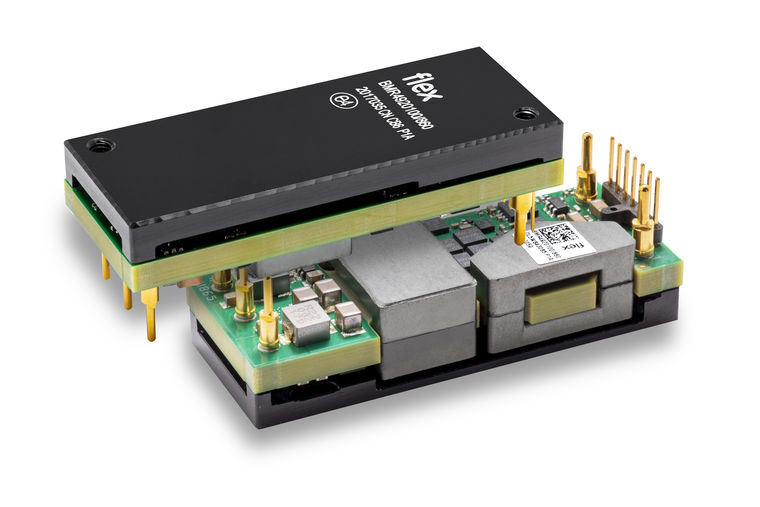 The BMR492 is the latest generation of our digitally controlled Advanced Bus Converter packaged in an eighth-brick format.

The BMR492 has an input voltage range of 40 to 60V, which meets the typical voltage requirements used in the data center environment. The latest variants include an ability to deliver peak power capabilities of up to 1100 W to the load, ideal to support downstream processors that have burst mode power requirements.

The BMR492 series has an operating temperature range from -40°C up to +125°C and has a mean time between failure (MTBF) of over 6 million hours.

Standard features for the BMR492 include output over voltage protection, output short-circuit protection, over temperature protection, and a digital interface using the PMBus® protocol using the 7-pin industry standard.

The BMR492 is supported by our own Flex Power Designer tool.